An experience of a board game with matches between 3 and 15 minutes and thus classified as filler, for 2, 3 or 4 players, and various levels of difficulty.

In this game, the player will count on luck, probability, spatial perception and the planning of possibilities to maximize their score, removing random pieces of 1 of the 3 colors to build the best strategic distribution on your map.

Board game
Not published 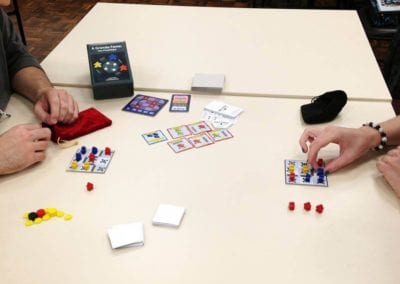 This game is not publicly available.